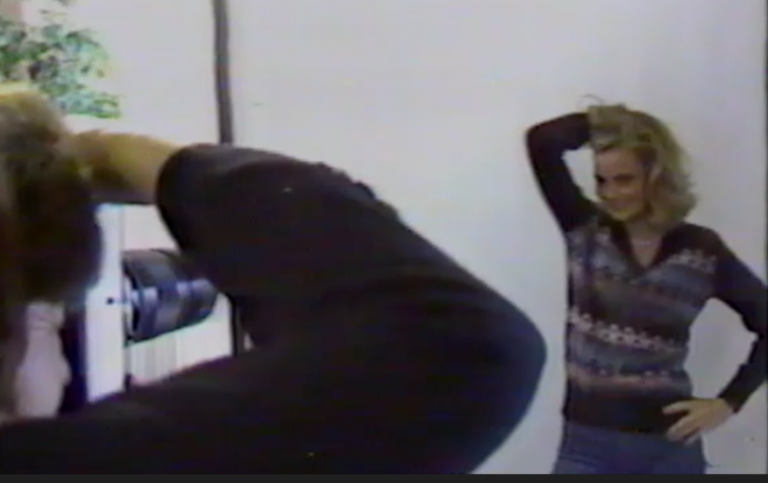 Modeling is a tough business for anyone and especially a teenager.

Two On The Town, a Los Angeles television show, did a feature on modeling. The introduction stated that it is not enough just to be beautiful—that height, weight and bone structure alone will not make you a model.

They posed the question, “What does it take to be successful?”

They interviewed Valerie, my agent, and she talked about some of the hardships:

I was introduced as one of Valerie’s most successful discoveries.

I looked young, confident, and poised as I shared my experiences. I had missed out on 2 years of high school—but learned so much about life in such a short time—as if I had already gone to 10 years of college. I told about how I changed as I traveled, met fascinating people, and learned new languages. I lamented the fact that living in such different circles made it hard to relate to people at home. I made it clear that I had become self-reliant. The segment ended with me on the balcony of a high rise building on Sunset Boulevard, with Los Angeles as the backdrop. Smiling and swinging my long blond hair, I WAS ON TOP OF THE WORLD—So it seemed. I may have been beautiful on the outside—but the inside was in turmoil.

It is a very ugly business of beautiful people

Although I thought I was wise and capable, it turned out I was not ready for the pressures I was facing.

Do you want to find out my story and what happened?

Watch my interview from the 700 Club:

Learning to live Beyond Barbie

« Beautiful Women (Women of the Bible)
Barbie Gets Real »