It’s the doll-collecting community on Instagram that photographs their Barbie, American Girl, and various other dolls. 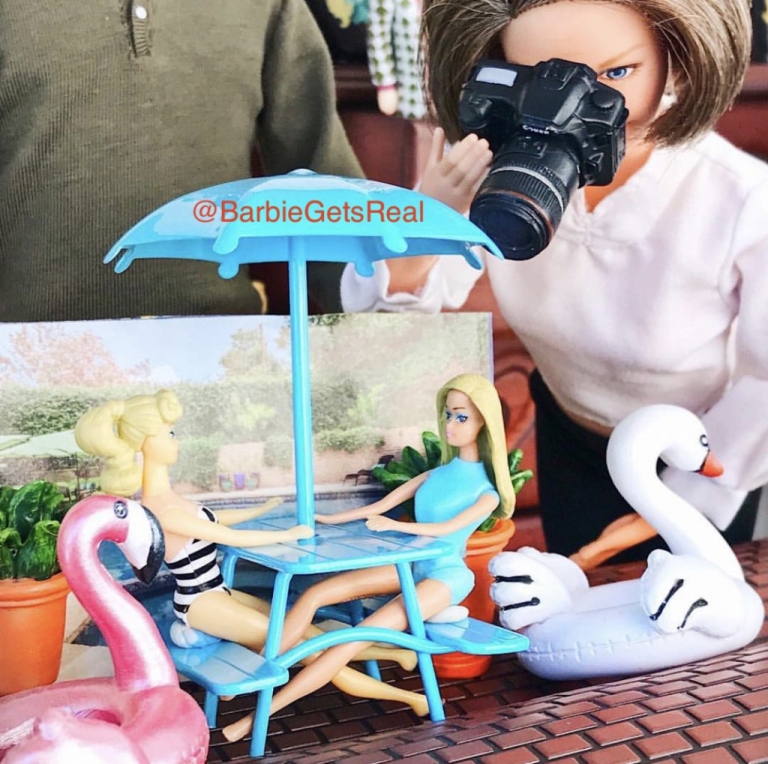 Barbie Gets Real Photographing Her Barbies

I am fairly new to dollstagramming, as I only started my Barbie Gets Real Instagram last year as a family project with my grandkids and I wrote the story behind my Barbie doll family on my blog.

We’ve created a one sixth scale plastic parallel version of our real lives. 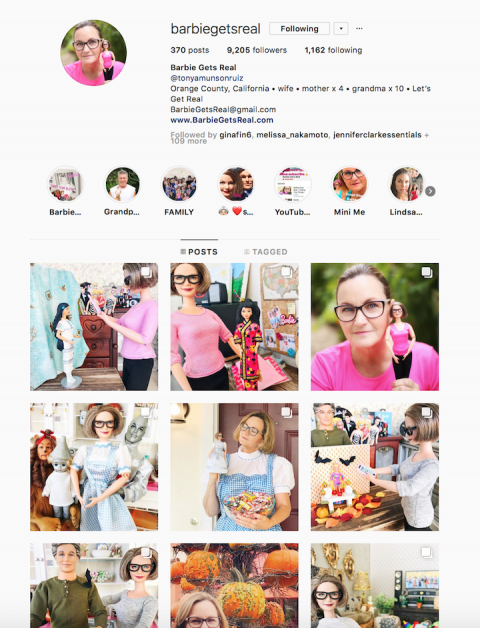 No one is as surprised as I am that we have thousands of people following our account.

What started out as a small, fun family project has turned into a new hobby for Ron and I, aka Grandma and Grandpa Barbie. Ron builds my props, helps me stage my photos, and we enjoy going to the swap meets, craft stores, and estate sales looking for items for our 1:6 size lives. A few dollstagrammers asked me where I find my miniatures, so I started a YouTube channel to take followers along on our tiny treasure hunts.

I was curious last week when I heard that the New York Times wrote about dollstagrams.

The article “Tally of the Dolls -How Barbie, G.I. Joe and their wee friends became powerful Instagram influencers” caused quite a stir in the doll community. 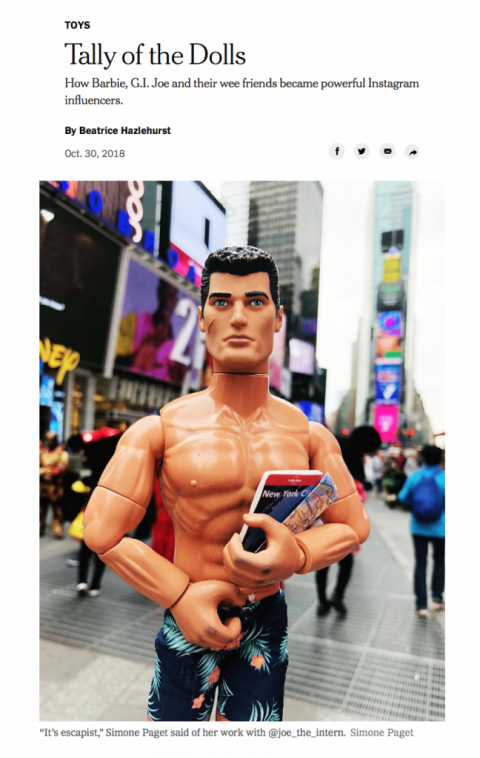 The NYT article mentioned Socality Barbie. I remember when my kids showed me Socality Barbie a few years ago and how clever they thought the account was.

Cosmopolitan wrote “Socality Barbie, Instagram’s trendiest hipster Barbie with an Instagram feed that will put yours to absolute shame, will no longer be posting…”

News is she’s making a comeback. 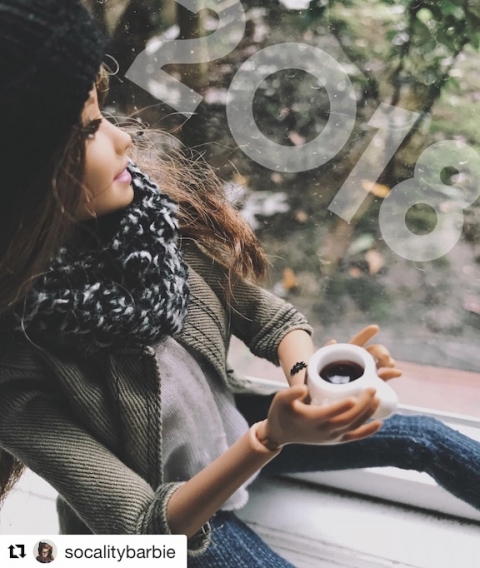 Is Socality Barbie making a comeback?

The NYT article covered a variety of dollstagrammers.  I appreciate the time and effort that goes into all the doll photography and know personally, that there is a joy to seeing your artwork appreciated.

In my Barbie Instagram circle, the responses to the NYT article were varied.

Some thought it was a good article featuring their peeps.

Mitten State Barbie wrote, “I think the article did a good job of being a window into the doll community for those who are not in it or don’t know anything about it.”

Mitten State Barbie recreates her plastic, fantastic life in the great state of Michigan. She does a fabulous  job creating a one sixth scale version of her life in the Mitten state. Her doll goes to the movies, horseback riding, shopping at Target and camping. It’s fabulous. 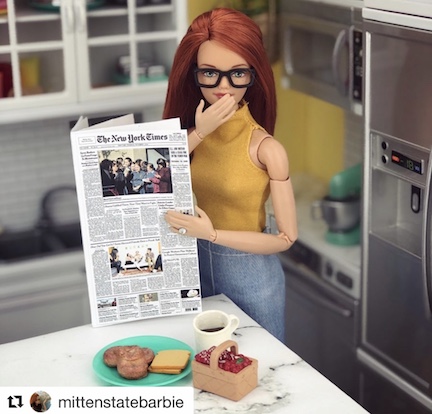 Some thought the article stung a little. The part in the New York Times’ article about Dollstagramming that stung was this paragraph:

Beatrice Hazlehurst wrote:  “As an outsider, it’s easy to make fun of Dollstagrammers. Surely these people have a creepy, perhaps even unhealthy obsession with dolls? They’re seeking Instagram fame, but incapable of achieving it in their own right. These are women without children or romantic love, channeling their maternal instincts into plastic figurines.”

I’m a newcomer to this community, but I’ll put in my very unsolicited two cents about the article: 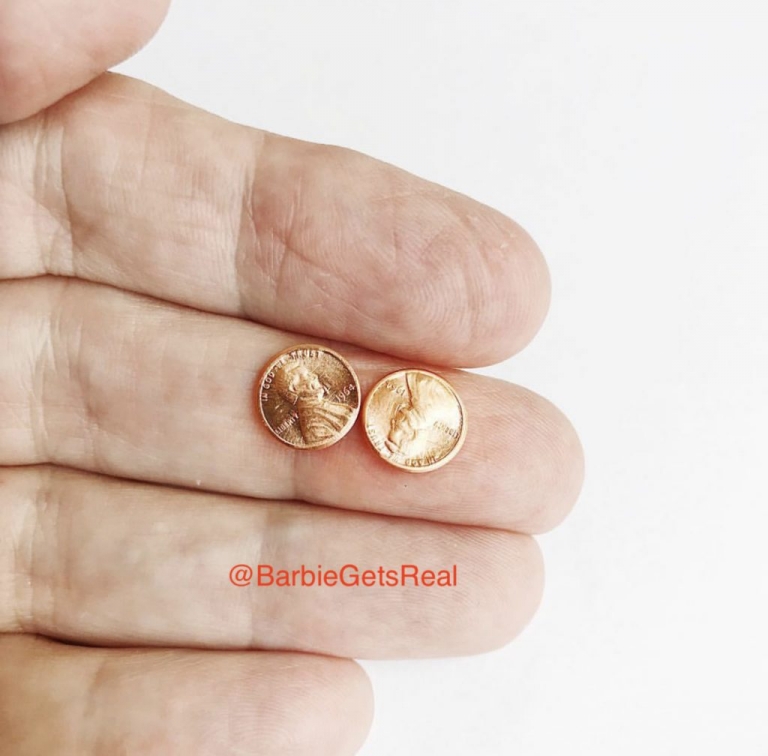 At the end of the day, I would say that Dollstagramming is a great hobby and a wonderful way to make new friends.

To the critics, I will quote what I was recently told by a fellow dollstagrammer: 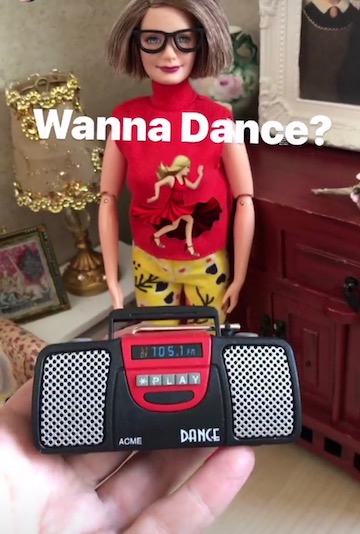